Roger Scruton (R.I.P.) discussed being misrepresented in the pages of a major publication, effectively purging him from an unpaid government architectural committee job.

Via Quanta magazine: ‘Scientists Uncover the Universal Geometry of Geology‘

“The math is telling us that when we begin to fracture rocks, however we do it, whether we do it randomly or deterministically, there is only a certain set of possibilities,” said Furbish. “How clever is that?”

Our author uses a bit of Plato to tie the piece together; a discussion of ideal forms:

As for Jerolmack, after first feeling uncomfortable over a possibly coincidental connection to Plato, he has come to embrace it. After all, the Greek philosopher proposed that ideal geometric forms are central to understanding the universe but always out of sight, visible only as distorted shadows.

“This is literally the most direct example we can think of. The statistical average of all these observations is the cube,” Jerolmack said.

“But the cube never exists.”

‘Universal’ is saying a lot.

In the meantime, enjoy walking through an abandoned mine. From engineers and geologists to wise men, fools and crazy old coots, it’s dangerous, dirty work.

Travel inside the Earth:

Maybe out of the depths of post-war guilt and nihilism, some Germans are still trying to thread the needle of all experience through the new fields of knowledge.

There’s something about the earnest piety of ‘We Germans’ and the Natural World which unsettles. The triumphs and failures of German Idealism have convulsed to some terrible extremes.

Nevertheless, join Wener Herzog and Clive Oppenheimer as they use documentary filmmaking to discover something true about that Natural World and deep within ourselves and our origins.

Here’s an interview with both men here:

Natalie Christensen via Mick Hartley.  Color photography with a focus on abstract geometry and composition in space.

Check out this post: A Bleak, Modern House-Four Poems

Via Mick Hartley:  Check out some sweet Eastern Bloc Brutalism.

Welcome aboard, Comrade!  Now departing for the (F)uture: The Bolshaya Tulskaya building.

Nabokov in America: On The Road To Lolita. 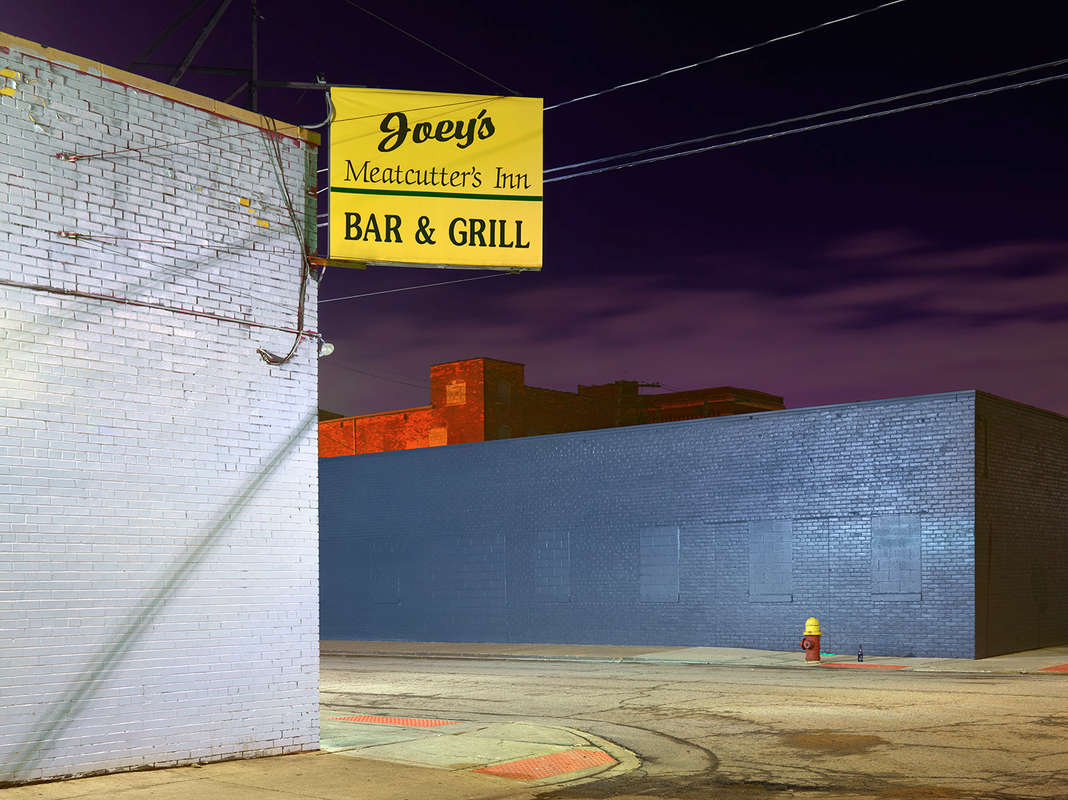 In the Critique of Pure Reason, Kant leaves us with bounded input channels, mediating a reality which might well be fundamentally unknowable to us, beyond three dimensions of space and the arrow of time, or Riemannian-inspired, Einsteinian space-time curvature tensors.  Human reason, for a Kantian, produces output (our knowledge and understanding) filtered through our sense experience and through deeper onboard structures.  For Hicks, this transcendentally ideal, metaphysically mediated reality possibly puts human reason at a remove from a metaphysical reality to which we might arguably have more access.

I first noticed the ‘Columbus is bad’ line of thinking about fifteen years ago (the nomadic tribe is much more Romantically pure, and in touch with Nature rather than the postmodern Self-alienated, conquering European hegemony), spilling from language departments, of all places.

It’s interesting to think about potential intellectual sources for such ideas.

Did Kant really address why his own metaphysical system is necessary as charting a course for possible human knowledge? Warnock states that Kant thought:

In other words, physics can tell you all kinds of things about energy, but it can’t tell you what energy is. And this is the best of our knowledge. Kant’s metaphysics (and religion too) can’t even do that, and are possibly doomed to failure.

In a way, metaphysics may be just where Aristotle left it, or where someone like Roger Penrose might leave it (after a lifetime of applying deep mathematical thinking to physical theory in his work on black holes): An exercise in trying to develop firm footing for our knowledge after the fact…trying to provide some context for our knowledge and not being able to do so…yet…

Perhaps your point is, not that the geographical facts don’t change, but rather that the geological laws don’t change. But at a certain level even this isn’t true: Plate Tectonics fits the earth over most of its history, but it doesn’t exactly fit the earth when it was molten or when it eventually cools down completely in the distant future. It doesn’t fit the moon or Jupiter. Perhaps at a high level of abstraction, we can imagine a final theory of planetary geography that fits ALL types of planets anywhere in the universe. Perhaps these very abstract laws don’t themselves vary (once there are any planets to talk about).

But if you make the moral law sufficiently abstract, it can be as unvarying as any laws of universal planetology. Utilitarianism is the theory that there is a rather abstract law of morality, which, though it does not vary, accounts for why seemingly quite different things can be right or wrong in different circumstances (e.g., why leaving your elderly to die may have been OK for the Eskimos in conditions of scarcity while it would be very wrong for us).

Via The University Of British Colombia: Kant-Summary Of Essential Points…From Bryan Magee’s Talking Philosophy On Youtube: Geoffrey Warnock On Kant…Sunday Quotation: From Jonathan Bennett On Kant

From The Times Higher Education: Simon Blackburn On The The Atheist/Believer Debate…From Bloggingheads: Adam Frank And Eliezer Yudkowsky